With the beginning of the cloud era, the need for automation of cloud infrastructure has become essential. Although still very young (version 0.12), Terraform has already become the leading solution in the field of Infrastructure as Code. A completely new tool in an emerging area, working in a new programming model – this brings a lot of questions and doubts, especially when handling business-essential cloud infrastructure.

At GFT, we face challenges of delivering Terraform deployments at scale: on top of all major cloud providers, supporting large organizations in a highly regulated environment of financial services, with multiple teams working in environments in multiple regions around the world. Automation of Terraform delivery whilst ensuring proper security and mitigation of common risks and errors is one of the main topics across our DevOps teams.

Why is a secure Terraform pipeline needed?

The goal is to create a process that allows a user to introduce changes into a cloud environment without having explicit permissions for manual actions. The process is as follows: 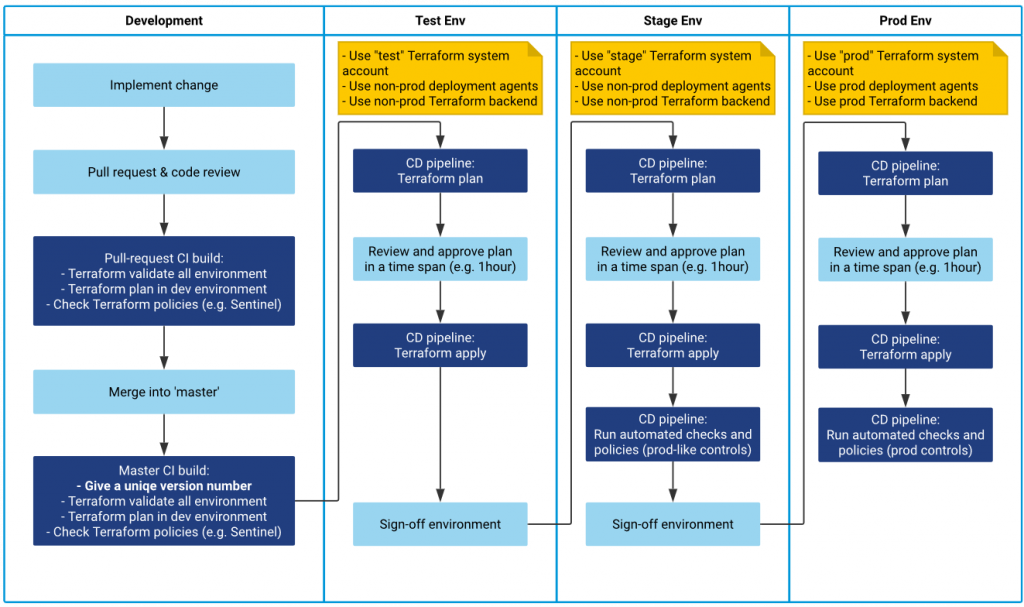 TIP: Take a look at this external documentation to start setting up Terraform in CI/CD pipelines:

Make sure that the backend infrastructure has enough protection. State files will contain all sensitive information that goes through Terraform (keys, secrets, generated passwords etc.).

When using Terraform Cloud/Enterprise with a remote backend, the tool will handle requirements for state storage.

Here are some samples:

Now let’s take a look at some general situations in which it is worth dividing your infrastructure into projects.

TIP: When resources of multiple projects need to interact with each other and rely on each other, you can use Terraform data sources to „reach” resources from different projects. Terraform allows to have multiple providers of the same type that, for example, access different projects/accounts/subscriptions. Example: use separate provider and data source to „find” the company’s global VPN gateway subnet for setting up network connectivity for the runtime environment.

Here is an example of how to divide infrastructure into Terraform projects: 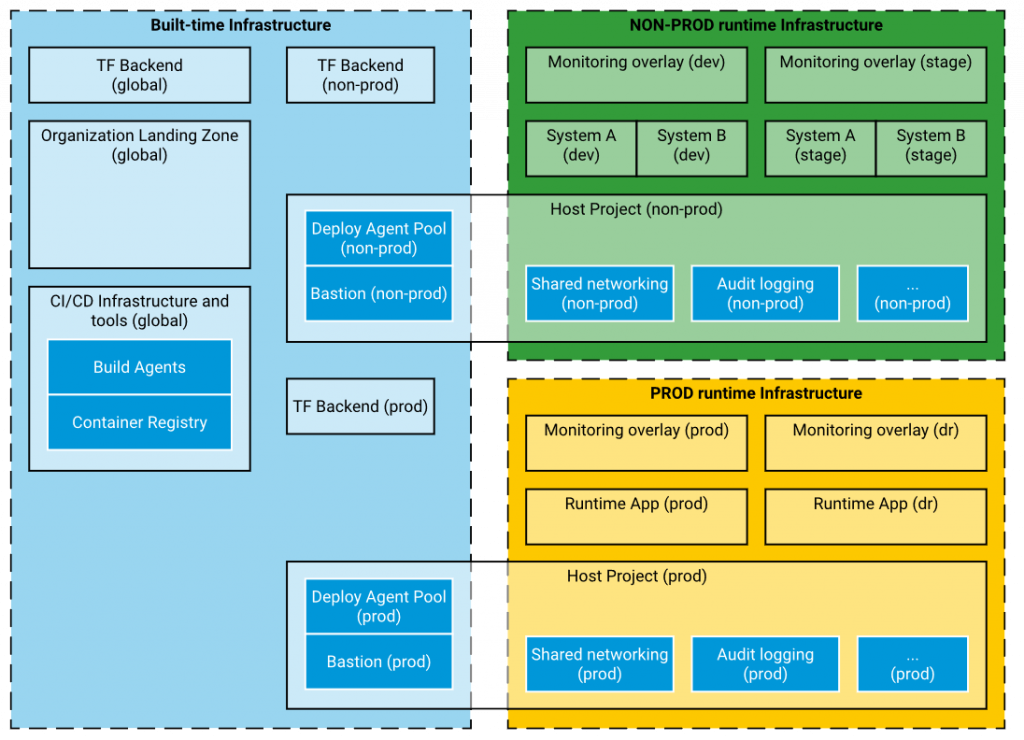 Prepare to handle multiple environments on day 1. This will be a very complicated change later and may require heavy refactoring.

Keep in mind that Terraform does not allow using variables in the provider and backend sections. A simple approach with multiple ’.tfvars’ files may be challenging in the long run.

Here are some options for handling environments:

When building multiple environments, make sure that you handle differences properly. Different environments will have different pricing tiers, VM sizes, or even some resources totally disabled (WAF, DDoS protection).

TIP: In the pipeline’s build step, always run „terraform validate” for all environments. Make sure that this step fails if you forget to set a property. Make sure that it is not possible to forget about an entire module in your environment.

Terraform Modularization is a wide topic with a primary purpose of building a catalogue of reviewed, maintained and reusable infrastructure components. Besides a global, public Terraform Registry, companies build their own module libraries. This can be done either with the use of Terraform Cloud/Enterprise or with use of Git repositories.

Nevertheless, even if a piece of a Terraform project does not look like a shared module, it might be worth to encapsulate it into a submodule. There are major benefits:

Like with any other programming language, modularization brings value even if modules are an integral part of a single repository and are used just once.

Build a Terraform Pipeline with CI/CD

Terraform Cloud/Terraform Enterprise is an opinionated solution addressing some of the aspects of implementing a secure Terraform pipeline like:

Since it can be used through its UI as well as API and CLI interfaces it can be used together with a CI/CD tool, however, Terraform Cloud/Enterprise is not a CI/CD tool itself. This will depend a lot on the tool that is available. Each CI/CD tool will have different features and approaches, more or less terraform specific.

There are two general options:

Here are some general steps to implement a secure Terraform pipeline:

Example of a release pipeline with the use of Azure DevOps:

The actual pipeline delivery process will depend a lot on the tools you select. Treat the guidelines above as a checklist for your process. In part 2 of this guide we will take a look at continuous compliance and testing infrastructure code. 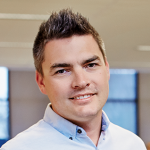