At GFT Poland, sport is a big thing. We support our running, basketball and football teams, while our Summer Events featured mountain biking races and obstacle courses. We’re happy to see that physical activity is becoming more and more popular across people from all divisions of the company – after all, it’s the perfect way to take care of both your physical and mental health. This June, Marek Bartosik, Head of Corporate Services at GFT Poland, achieved a remarkable result in one of Poland’s most extreme mountain runs. Check out his exciting story and join the #GFTrunningteam!

Congratulations on your amazing result! You’ve won the first place in your age category – and 9th overall – in quite an unusual mountain run, the Nightly Butcher. The name itself sounds formidable – let’s hear your story!

Marek Bartosik: Hi! The Nightly Butcher Run is a part of the now famous event called the Butcher’s Run Festival (Polish: Festiwal Biegu Rzeźnika). It takes place in Bieszczady, which is by far my favourite mountain range – I visit it every year due to the fantastic scenery, and the fact that it’s a wonderful place to go to with your kids, as the mountains aren’t very high. Moreover, there’s no easy access via a highway, so it’s rarely overcrowded. Just perfect! If you ever want to check out Poland’s amazing natural surroundings, definitely put Bieszczady on your list.

As for the contest, I participated a bit by chance – I was supposed to run in the main race, but unfortunately, my running mate couldn’t turn up. I went anyway, just to have fun and cheer for my friends and family (my wife and daughters run as well!). It turned out that there was a slot in the night run – the Nightly Butcher. It’s 28 kilometres long, with very steep elevation gain of around 2800 meters. And, as usual in Bieszczady, there’s lots of mud. Please note that despite the festival’s name, no animals were harmed. 🙂

So, of course, I decided to have a go, despite knowing nothing about the route and having prepared for a different kind of run. I know all trails in Bieszczady, but this was a first for me – first with running poles, first during the night, and first in such an insane amount of mud. In short: a total adventure!

The Nightly Butcher begins in Solinka, where you arrive via a narrow-gauge railway, and ends in Cisna. We started at 8 PM, as it was already getting dark. The first stage is a concrete road, and as you enter the forest, the group disperses. From the first checkpoint – which is between the 15th – 18th kilometre – I ran completely alone, in total darkness. I did have a headlight, of course, but it was still really dark! The mud on the trail was so deep that you wouldn’t realize you stepped into a puddle until you were knee-deep. On top of that, there was dense fog as I went higher, which made things even more interesting. During the briefing, we were told that there is a dangerous precipice on the Slovakian side, but that we shouldn’t worry – we wouldn’t see it in the darkness anyway… So fun times, indeed. 🙂

For me, the coolest thing about the Nightly Butcher is that at some point, you start focusing on one thing only, which is to remain on the track. You need to stay completely focused. Of course, physical endurance is very important, but what counts the most is your mind – so that you’re not afraid of running. And trust me, this isn’t trivial – you’re running alone at night in the mud, somewhere in the middle of a mountain range… there are bears in Bieszczady, actually – what if there’s one around the corner? But later, as I started to fight for a good result, I stopped thinking about all of this – instead, I switched 100% of my focus on the trail. So yes, your mind is the most important aspect.

There was so much mud at the final stage that the sound of ripping your shoes out should be recorded and sold as an audio sample, it’s just phenomenal :). Despite running without any plan, I assumed it would be nice to end up on the podium. And well, I did just that, and even got the first place in my age category! A really fantastic adventure and really nice surprise!

Your Endomondo profile shows that this year, you’ve run around 2000 km…

Yes, but this year, I’m not running as much as usual – I’ve had years where I did 4000 km. Running is a sort of escape for me. First of all, I feel a lot better – it helps clear my mind. It’s the perfect method to relax and get rid of stress. What I love about running is the opportunity to meet very nice, positive people, have discussions during the runs and the fact that we motivate each other. But I also enjoy running alone – I quite like my own company, I don’t get bored with myself :). So running is a perfect opportunity to think things through – many great ideas are born this way.

Well, 2000 kilometres still sounds like quite a distance. For those interested or yet at the beginning of their adventure with running, what would be your advice? Any protips?

My main protip is that at GFT Poland, we have an awesome (and growing!) group of people who run – the #GFTRunning Team! We have crews that train with professional trainers and a beginners group #GFTRunningRookies initiated by Przemek Zganiacz, where a pack of fantastic people train every week. So don’t be afraid to join them – no matter if you run full marathons or never ran in your life! Remember, running is for everyone. Contrary to popular belief, people are anatomically and physiologically made for running. I won’t delve into details here, but running is a truly fantastic form of activity. You just need to move your feet!

As for long distance running, it isn’t actually that important to run quickly, or to run a lot. What’s crucial is to run systematically. As your body adjusts, at some point it becomes a habit. When people say that running 5 days a week is insane, I always ask: isn’t it insane to sit in front of the television 5 days a week? 🙂 So being systematic is essential. You can also establish a personal goal – our brains like having goals. If you have an objective to reach, it’s much easier to get going.

As for me, I run simply because it’s fun. At the beginning, I ran much less, certainly less than 500 km a year. As time went by, I tried to run more every year, but of course it’s not always possible due to time constraints. I try to maintain 3500-4000 km a year. Which really isn’t such an enormous achievement – we have a colleague at GFT who already has 1000 km more than me this season! Ultimately, it’s all about being systematic. Sometimes you don’t feel like going out, the weather is bad and so on… but this should be no excuse. Just run! 🙂

Makes sense! Now, please tell us then how your regular training looks like.

A year is divided into two activity phases: when you are preparing for some major event of the year, and when you are not doing that. During the second part, I simply reduce the distance – of course you need several days to regenerate, but all in all, I don’t remember a break of more than 10 days. It’s an kind of addiction :).

Usually I run 4-5 times a week, either very early in the morning or in the evening – I need to fit it into my work schedule and spending time with my family – my daughters want to have their dad at home, after all! A typical session is between 15-25 km long, depending on the pace and a day of the week – on weekends I run more. Sometimes I do intervals, sometimes longer runs. It’s also important to vary the kind of terrain you’re running on, as it is good for your feet.

When I began 6 years ago, it wasn’t always easy. There were periods when I thought about letting go… but ultimately I persisted – and it was a great decision. To give you some perspective: at first, I thought running marathons was reserved for people with special powers. Of course it isn’t, every healthy person can run a marathon! Then I did a mountain trail of 64 kilometres and my marathon result is 3 h 02 m– which is actually quite good. So, in the end, persistence is everything!

Finally, I’d like to encourage everyone to join the #GFTRunningTeam, as well as other sport groups that we’re happy to support. Currently, we have four fantastic running teams: two crews in Łódź led by Przemek Zganiacz, one in Poznań – led by Adrian Bala and in Warsaw – by Katarzyna Pluta. The next major event is Poland Business Run in Łódź, where 5 teams will represent GFT, headed by Katarzyna Kacprzyk, Paweł Cebula, Kacper Wołyński, Małgorzata Wosiak and Kamil Czerwiński. On top of that, our GFT Women’s Team is participating in a fundraiser associated with the run – so far, they’ve raised the biggest amount of money! Major kudos to all of you!

Next up, our colleagues will take part in a charity swimming event, and there are interesting cycling events on the horizon… So as you can see, a lot is going on – but we’re looking forward for more. Get moving and join us!

Thanks for the interview!

In the first part of this blog, I looked at the blurring of lines between UX and UI design, and the consequences of this. In part 2, here is a ...

By Mark Grady Posted on 14/06/2022
Are you sure you know the difference between UX and UI design?

There’s been a lot of blurring of lines, confusion of definitions and land-grabbing going on in UX and UI, design and architecture, and it’s creating problems for people who really ... 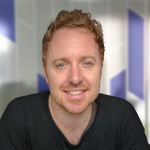 By Pete Coulter Posted on 09/06/2022
Green Coding: The digital industry’s solution to sustainability?