The state, start-ups and technology policy – a shot in the arm provided by public contracts

So many people point to the United States, its formula combining entrepreneurship and venture capital, and the role this plays in turning start-ups into major players and technical pioneers – but actually it’s not just about this part of the formula. The state also plays a decisive role as a public customer that adds a seal of approval, a client that turns an investment into a safe bet, a partner that helps line up lucrative new projects and a client that also knows how to look after its own interests.

In Tolkien’s world, a palantír is a magical artefact hidden away in a guarded location in Middle-earth, which acts as a Seeing Stone for its owner, providing valuable information about happenings far removed in time and location. In the world of digital technology, Palantir is a tech start-up based in Silicon Valley, a company that became what it is by producing big data analysis software for the secret service and military.

And it became so big that it’s now one of the most valuable start-ups in the world.

According to figures cited by the Wall Street Journal, Palantir counts as a unicorn and is fourth on the list of the biggest companies financed through venture capital (VC) – ahead of firms like Snapchat and SpaceX and only ranked lower than the taxi company Uber, the Chinese smartphone producer Xiaomi and the accommodation portal AirBnB.

A giant of unknown proportions: Palantir

Despite its size, Palantir is relatively unknown in public circles. It was founded in 2004 as a cyber intelligence company and it tends to keep a low profile. Awareness can be quite damaging when you’re in the line of business that all started with the CIA.

The US intelligence service actually entered into its own risk capital venture before 9/11, setting up a firm called In-Q-Tel. In the meantime, In-Q-Tel has spawned around 100 IT start-ups, mainly with the aim of quickly getting into new technologies that could be useful for national security and defence. As a company with over 3000 employees, Palantir is one of the most successful in this brood. For some time now, Palantir software has been used by almost all US authorities involved in national security. This became public knowledge following a leak in 2015 through the insider blog TechCrunch. So as well as the CIA, it’s used by the NSA, the FBI, the Department of Homeland Security, the US Air Force and the Marine Corps. 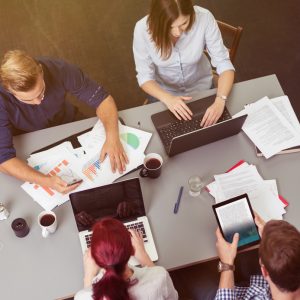 Palantir was set up using VC by its co-founder Peter Thiel, a tech entrepreneur whose company is one of many of its kind. Up-and-coming tech companies have been given a helping hand through public contracts by the United States and Israel for years. This has been particularly prevalent in the highly sensitive fields of security and analytics. Similarly, public funds are often channelled into projects in the field of biotechnology, enterprise computing, robotics and digital training programmes.

A whole slew of hot-shot computer companies that were founded in the 1980s and 90s owe much of their success to close involvement of state-run financiers from the military or aerospace industry, including the likes of Sun Microsystems, Digital Equipment and Silicon Graphics. Software companies such as Oracle and Sybase were also able to enjoy a meteoric rise due to the widespread public use of their systems in US departments. That’s not forgetting providers of IT services and consulting firms like Perot Systems, CSC and Booz Allen. As we now know from documents unveiled by Snowden, much of their success stems from the US intelligence and security services.

State departments responsible for ‘transportation’ were also big investors. According to Crunchbase, out of the $1.1bn of public contracts up for grabs for technology start-ups in 2013, 56% of funds went to new transportation companies, especially in the aerospace industry. The main beneficiary of those deals: SpaceX.

The start-up of the restless Tesla founder Elon Musk has apparently received more than $1.3bn from US public funds since 2008. As well as regularly shipping commercial cargo into space, his start-up also pulled on board other contracts with NASA and has successfully positioned itself as a key partner for shipping goods to the international space station (ISS).

SpaceX shoots ahead of the big shots

SpaceX has also been working with the US space authority in the field of manned space travel. This year also sees the first contract to be awarded by the US military to the Californian start-up for a rocket launch. In 2018, the company will be sending a GPS satellite into orbit for the US Air Force. During the bidding process for the project, SpaceX made the only competitor – the United Launch alliance formed by the veterans Boeing and Lockheed Martin – look positively pallid.

The increased tendency to hire private companies for aerospace projects was kick-started by NASA in 2010 with the laying of a foundation stone in US space legislation called the NASA Authorization Act of 2010. The law is aimed at supporting manned space travel, with an emphasis on the development of new systems and services for supplying the ISS.

This worked to the advantage not just of SpaceX, but also key players like Amazon CEO Jeff Bezos, who set up the firm Blue Origin and started hauling development projects on board. Since 2014, of the $1.4bn of NASA programme funds available, $25.7ml went to Blue Origin and $515ml was awarded to SpaceX. Space race newcomers are a highly interesting prospect to all kinds of private investors these days: according to figures issued by the US consulting firm Tauri Group, $1.8bn of venture capital went into 22 space start-ups in 2015 alone.

Contracts from the government are excellent, especially for start-ups. Not only do they often get stupendous levels of backing from public authorities for their investments, they are also provided with rock-solid clients for new technologies and products.

In many cases, the customers sign long-term contracts. This makes a safe investment and in turn, this attracts potential providers of risk capital from the private sector – taking things full circle. Also, a contract with the government is like a turbo charger, a bit like a seal of approval. After all, if you made it through all the stringent rounds of security and safety checks for public contracts, what better references do you need to act as a supplier in the free economy? One example of this is Palantir, which now generates around half of its turnover through contracts not awarded by public bodies.

The state cashes in too 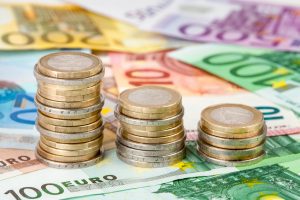 The US provides a good example of how public coffers can be used as an effective instrument in specifically supporting new technology firms and fostering the development of ultra-innovative solutions. Such funding places state security agencies at a significant advantage, especially in fields that revolve around safety and security. This is because so much boils down to ‘technological sovereignty’, which as a leading area of export could also be in the interests of German security and values. This is about future-proof solutions that deliver long-term economic benefit and environmentally friendly energy; it’s about powerful healthcare solutions, smart travel systems and secure communications – as captured in the high-tech strategies of the German Federal Government.

Public decision-makers would be well advised to look more closely at new technology companies when awarding public contracts. It’s a quick and pragmatic way to unleash innovative potential – something that is so important to so many people. According to studies conducted by Crisp Research, a new IT firm takes on average only one third (if not one quarter) of the time other companies take to develop a prototype.

ITC budgets worth $20bn in the hands of the German state

It’s worth remembering that the value of ITC contracts regularly awarded by the German state is typically around $20bn per annum. That figure means the federal government, the regional state authorities, the local communities and public-sector institutions such as the schools and hospitals are among the biggest awarders of contracts in Germany.

It’s quite clear that only a small proportion of German funds flow into start-ups. This is because the procedures for awarding public contracts are extremely complex. The Federal Association for Information Technology (Bitkom) has been warning for some time that there are too many hoops to jump through and that in most cases start-ups don’t even make it through the first round of the bidding process. Almost invariably, public bodies want to see that a supplier already has many years of experience providing the required service or solution. The lion’s share of newcomers simply fall by the wayside because they can’t point to the right references with other public bodies, and they cannot yet point to the minimum required 7-digit sales figures.

This is an area where politicians have a direct say and more needs to be done here! This is something we need to work on in Germany by opening the gates to technology start-ups to win government contracts – in the interests of all stakeholders.