Mobile Payment: New round in the competition for the mobile ecosystem

A newly published whitepaper from GFT analyses the dynamic development in eight key markets, and gives recommendations for the financial sector.

At the end of 2018 the European Central Bank intends to cease the issuance of the 500-euro note. John Cryan, head of Deutsche Bank, believes that the financial world is at the start of a development which could end in the elimination of cash. Already mobile payment transactions are on the advance worldwide. Even in Germany, where cash has traditionally been of particular importance, according to a current Bitkom study almost one out of two respondents (46 percent) can imagine doing largely without notes and coins in future. One year ago, it was only one third.

Which technologies and providers are at the forefront internationally? 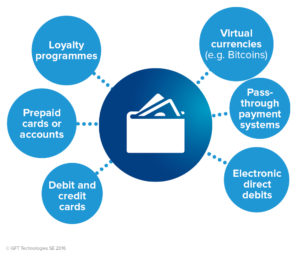 However, it is still unclear which providers will win out in the end. Although at present PayPal is setting the tone in the USA and a few European countries, the market is in flux, especially because it is increasingly attracting IT players like Apple, Google, Microsoft, and Samsung. Android Pay is currently still restricted to the USA, but Apple Pay is present additionally in Canada, Australia, China, Hong Kong, the United Kingdom, France, and Switzerland. Samsung Pay recently started in Spain, having already been represented in South Korea, China, and the USA. Microsoft is now making its Wallet available to selected US customers, but would like to get started internationally before long. And in addition, the Chinese Internet group Alibaba wants to get in on the act in Europe with Alipay. Common to all these solutions is that the business model concentrates on the monetisation of customer data, and so the result is a sustained simplification of the customer journey in terms of payment transactions.

Banks have competitive advantages, but no time to lose

In Germany, contactless payment services are still not very widespread. But that will change: From 2018, all PoS till terminals are intended to be equipped for payment by smartphone. At the same time, the EU plans the introduction of instant payment services. This will make real-time transfers a reality in the Eurozone – between companies and individuals (B2P). As early as 2013, GFT developed a mobile B2P payment solution (“Jiffy”) for the Italian market; this is being pushed by the leading banking groups in Italy and fulfils the instant payment recommendations of the European Retail Payment Board (ERPB).

And also in Germany the banks, thanks to their infrastructure and many years of expertise, have the best foundations for taking a central position in the mobile ecosystem of the future, especially when it comes to the sensitive subject of data protection: In a recently conducted survey by ING-Diba, three out of four consumers stated that, when paying by smartphone, they would most likely trust an application from their personal bank. In contrast, around only one person in ten would put their faith in a payment app from an IT or an Internet company.

Brave business and cooperation models are what is needed

The GFT whitepaper investigates the range of mobile payment solutions on offer and their spread in the eight countries surveyed, explains the most important technologies, and derives from this both the opportunities and the challenges for the financial industry. These include, for example, the requirements through which the European Union wishes to bring increased competition and security into the mobile payment market: The European Payment Services Directive, PSD2, forces the credit institutions to provide third-party providers with free access to the accounts which they keep. Additionally, comparison with a paper in which GFT dealt with the mobile payment trend as early as 2012 is informative: How has the market changed, and where is there an acute need for action by the banking sector? From the results of the analysis, GFT derives interesting recommendations for the financial sector regarding potential business models and cooperation partners – from brand-name trading companies to disruptive FinTech startup operators.

Further Information as well as the Mobile Payments Whitepaper can be found here.

By Mathieu Beauchesne Posted on 23/08/2022
Disruption, Trends and Opportunities in Canadian Group Benefits

Throughout today’s insurance industry, new entrants are emerging to challenge established leaders by creating new forms of value and capturing market share in unexpected ways. This is especially evident in ... 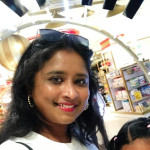