Periscope is the latest addition to the field of social media. The live video streaming app acquired by Twitter in early 2015 after being developed by a startup who wanted to develop something that was as close to teleportation as possible. Now with over 10 million users worldwide could Periscope be integrated into digital banking?

Since I installed the new Twitter “toy” Periscope onto my iPhone I’ve been travelling across the world living incredible live experiences – I’ve been at an amazing Calvin Harris gig in Las Vegas, attended a business conference for startups in Austin, Texas, and been witness to the aftermath of a terrorist attack on Ankara. I’ve accompanied someone walking around a town in Russia I had never heard of before. I’ve run the Barcelona marathon without breaking a sweat, been invited to a Manhattan restaurant and watched Lionel Messi’s goal against Arsenal in Camp Nou 7 seconds before it was shown “live” on British TV! 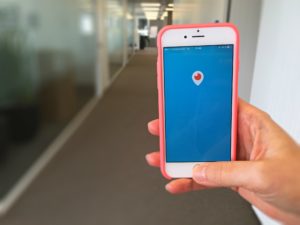 Periscope is a live-streaming video app that puts live-camera straight into our phones. You can navigate by either looking for themes, people or companies or simply by going to the world map and seeking out the red dots that indicate where the live streaming is at that moment in time.

I decided to install the app after seeing FC Barcelona footballer Gerard Pique streaming videos with his teammates after a match. These videos gave an (very human) insight into what happens “behind the scenes” in a football team. I then started following all of the people I follow on Twitter and now, every time one of them does a Periscope I get a notification on my phone. People connect massively to the live-streams and start asking questions. MotoGP racer, Aleix Espargaro did a Periscope from Qatar before his training sessions. All of his fans had the opportunity to type questions into that live-room and Aleix went on to answer them verbally in person. This truly is a disintermediation of traditional media!

A wide range of possibilities

This way of communicating is only going to disrupt media further, I can now ask my own questions to the people I’m interested in, but it also adds new possibilities for companies to communicate with customers. Let’s say that a bank faces a technical problem with is systems and cannot process payments. The CIO could step up in a public, direct and transparent way by using Periscope to explain more about the problem to customers; when it is going to be resolved and any other impacts the problem may be causing for customers. I have conducted my own research trying to find banks who have already set up periscope channels, and have found all of the following have done so: Santander, Barclays, BBVA, Mediolanum, Metro Bank, Mondo, Bank of England, UBS, and CaixaBank. Other major banks already have a presence on Twitter and Facebook but so far haven’t developed a Periscope channel.

The downside of using Periscope of course is data leakage. I could navigate right now to any of the HQ’s of the big corporations and wait for the red dot to appear, indicating that someone has begun a live-stream. If I was being malicious and was lucky, I may get some insights that I could use for my own benefit. Corporations should start looking at the way in which their employees are using phones, if problems arise; tools such as Periscope could start killing the “bring your own device” policy within firms.

Periscope is opening a wide range of possibilities for consumers and corporations. At the same time, it brings with it threats for all of us if the technology is used in the wrong way. As a parent of teenagers, I have to be aware of the potential risks of what might appear to be an exciting new technology, and this is a classic example. As you experiment with Periscope, you will begin to understand what these risks are for both individuals and large corporations. However, if used in the right way it can open up a world of communications opportunities for industries like the banking sector.