What would a potential UK exit from the EU mean for regulation?

As the regulatory landscape continues to evolve in 2016 due to various factors, we have analysed a crucial new date now added to the regulatory calendar: 23 June 2016. The date that the UK decides if it will stay in or leave the EU. 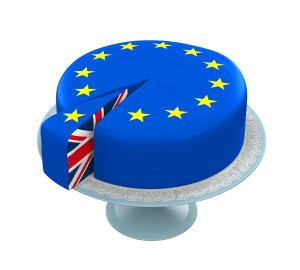 The impact on the markets is not entirely straightforward, although those going on holiday will have noticed the Euro has got more expensive and the Governor of the Bank of England has said that while he expects a significant short term impact, the future is more nuanced.

There is a significant amount of legislation, from a regulatory point of view, that was laid down by the EU which has been implemented in the UK. If the UK does decide to leave (the so-called Brexit), a key question will be around what regulation is still in force.

The obvious changes will be regulations such as European Market Infrastructure Regulation (EMIR) and Market Abuse Regulation (MAR) which are not transposed into local law like directives, meaning these would essentially disappear from the statute book.

From a practical viewpoint, the UK is likely to maintain a level of parity in order to keep the market in play and avoid shocks – an obvious parallel example is Switzerland, which despite not being part of the EU is implementing regulations that are similar to MiFID, MAR and EMIR. Switzerland also trades globally and in the current environment has needed to demonstrate a similar level of rigour, particularly in areas like Tax. The UK, like Switzerland, retains its own currency too, so avoiding the problems that impacted the Greek economy.

In fact it is far from the case that you can be out of the EU and out of the European Market – a really useful graphic from Wikipedia (see image) shows the various treaties that are currently in force.

So, despite the idea that some might think that the EU is a homogenous block – there are a significant number of nuances. For example, the European Free Trade Association (EFTA) has the trade benefits of the EU and parts of Schengen – although not the freedom to work. There is also the European Economic Area (EEA) – countries which implement the EU laws affecting them through the decisions made by the EEA Council. As an example for EMIR, Norway would have been outside the scope until the treaty is updated. As a matter of practicality a bank with a Norway subsidiary may have opted to implement EMIR anyway. Currently EMIR is not in force in the wider EEA area and is still working its way through the process.

There is no “in” or “out” for regulation, the forecast is that regulations will stay and be enforced, if only to ensure G20 obligations and the continued functioning of the EEA. This may be bad news for smaller firms, but for larger firms this would stave off the spectre of obligations from other international regulators such as the CFTC taking over the regulatory vacuum left by an exit.

The only long term winner might be a regulator that can react more quickly to a local market, however the cost of this would be an even more fragmented landscape, which will undermine the efforts of the Financial Stability Board (FSB) to create global market integrity.

A version of this blog recently appeared on Finextra.