The GDPR: Fostering Trust in the Digital Single Market

With the final agreement on text of the EU’s General Data Protection Regulation (GDPR) an important milestone has been achieved. Let’s have a look at the current important developments in the field of Data Protection and what we can expect from it.

Personal data and trust are the currencies of today’s digital economy. Collected, analyzed and moved across the globe, personal data has acquired enormous economic significance. According to the Boston Consulting Group, the value of EU citizens’ data was €315 billion in 2011 and has the potential to grow to nearly €1 trillion in 2020.

A robust and future-proof regulatory framework is required to pave the way of Europe into Digital Age while preserving and promoting the core values which actually have shaped the European Union.

Thus, the institutions of the European Union have decided to carry out a reform of the Data Protection Framework dating back to 1995 Data Protection Directive with the objective to give people more control over their personal data and make it easier to access it while making sure that personal information is protected no matter where it is sent, processed or stored.

After tough negotiations, the institutions of the European Union have finally completed the negotiations regarding EU Data Protection Reform Package which includes the General Data Protection Regulation and the Data Protection Directive for the police and criminal justice sector. From business perspective, the GDPR is the most relevant part of the EU Data Protection Reform and the long history of the GDPR shows the permanent balancing of various interests (even from outside the EU) in the process of phrasing the final text and obtaining the consensus of all relevant stakeholders. The GDPR is expected to be formally adopted by EU Parliament and Council in the first half of 2016 and will come into effect two years later. 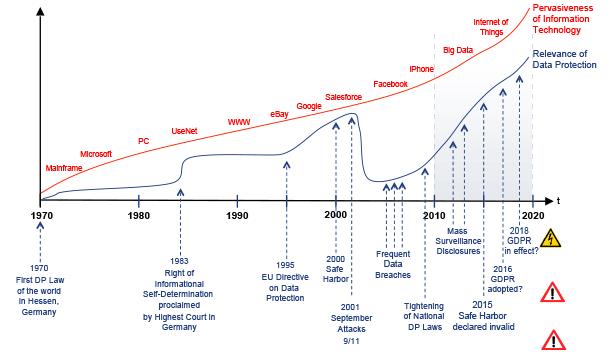 GFT has anticipated these challenges in the early stages and has adopted an incremental approach to integrate the corresponding requirements step-by-step into its own operations as well as into its client offerings. A GFT Whitepaper on the potential impact of the GDPR on the Financial Service Industry in general and on the handling of client data in particular is in preparation and will be published soon. Stay tuned to GFT’s Blog for further updates in Data Protection!