The fear of Cash and Liquidity

As the Bank of Japan moves to a tiering of negative interest rates against Japanese Yen (JNY) central bank deposits, Nick Nicholls (Principal Consultant, GFT) discusses what is to be done with surplus cash that has no real value.

In Japan the fear of negative returns in Japanese Government Bonds (JGBs) is beginning to drive funds elsewhere, however finding the same level of asset quality on bond investments as they would have against JGB’s at a decent yield is a challenge – hence that movement hasn’t happened to the extent that it has in the past.

Meanwhile corporate long cash positions are at record highs in Japan. No sign of that cash (as yet) being released into the economy. There is a similar story happening in Europe. 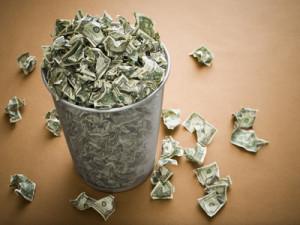 In my previous blog, I commented on how banks don’t hold excess reserves at central banks. They hold what they deem as necessary to support their internal liquidity stress models, and their regulatory liquidity ratios. Meanwhile, those short-term corporate cash deposits will have a detrimental influence on those very same ratios [they are a cost in balance sheet and RWA terms].

Therefore we have something of a vicious circle; negative rates driven by low, to no value in the very short end, high demand for (truly) high quality liquid assets driving down yields in the longer end of notes issuance, and economies still struggling to recover. So what to do with this surplus cash that has no value? Here are a couple of ideas:

Much of this analysis can be done quickly and with offline recent and historical data. Leaving cash on balance is now just a waste, and one that the banks and corporates can no longer afford.

Whether one of these options could end a nervousness in investing, from a corporate perspective exacerbated by capital, liquidity and leverage ratio constraint in respect of the banks. Is a question currently unanswered.