Japan and the negative interest rate 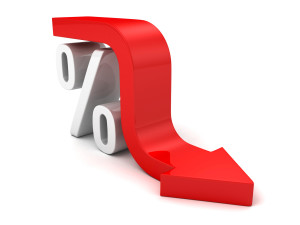 The economic press believe that the bank of Japan’s move to apply negative interest rates against central bank reserves is designed to encourage banks to lend to businesses, rather than to retain cash within the central bank, in order to help kick-start the Japanese economy back into growth, after a long-term period of stagnation. This illustrates a lack of understanding as to why those reserves are there in the first place. If there is going to be a release of cash into the economy it can’t come from the banks directly.

Logically it would seem that negative rates will encourage banks to release reserves seems to fly in the face of the rationale as to why those reserves have built up in the first place. The reserves are in place as a consequence of liquidity and stress test regulations which are driven by the need to ensure that banks can meet liabilities as they fall due during a crisis.

This increased requirement to hold more liquid assets was as a direct result of the 2008 financial crisis, following which the G20 nations led the way in trying to ensure such as crisis would never happen again. Banks do not hold excess reserves; it is just too expensive. They hold enough to be compliant, and to meet their internal and regulatory obligations. No more than that. In short, they don’t have excess reserves.

The market may well therefore be confused by the apparent conflicting signals from the Japanese central bank. Determining the appropriate level of revenue versus capital, liquidity and funding, will mean that operational costs will be adjusted slightly, but it’s doubtful that a 0.1% charge against deposits will, in itself, be enough to encourage the use of reserves that are part of a ‘tool-kit’ put in place to ensure the solvency of the banks.

Until banks are given time to address inefficiencies within their infrastructures, these additional costs imposed by the central bank, which are most likely more a reflection of the value of short-ended cash deposits (itself a reflection of the market’s need for longer term liquidity), the result will ultimately lead to an additional charge to the bank’s customer base. Therefore, far from encouraging the distribution of cash into the economy, this may well create a further constraint.

The decision by the Bank of Japan follows the example set by the European Central Bank (ECB) to introduce negative interest rates in June 2014. Although the ECB attempt to combat deflation has been viewed as a positive measure, there potentially remain some ‘unintended consequences’ of such as action.

Given that the banks are constrained by regulation, which in itself has created valueless short-ended deposits, banks have no choice but to pass these negative interest rates on to its customers. Customers have a choice on their long balances. Either use them, extend the notice period to beyond 30 days, or take the new charge for the now unattractive short-term deposits.

We also see Central banks creating the unintended consequence of extended and unregulated credit risks; exposures outside the banking system. In the end there is no easy answer to promoting growth in a stagnating economy, but in this way, we may be creating a new unregulated global loan position, without yet fully addressing the previous crisis.

However, there is no simple formula to solve Japan’s stagnating economic growth. Charging for deposits may seem on the face of it part of solution, but in reality it drives up costs in the ‘safer’ banking environment, or will encourage the transfer of risk elsewhere.

The issue of low growth is a global one, and Japan is simply the latest country to face this dilemma. For now the sun appears to have set for the foreseeable future on the idea of a positive interest rate.