The potential of the Senior Managers Regime

Never have the words of King Henry IV from Shakespeare’s Henry IV, Part II (“Uneasy lies the head that wears the crown”) seemed more apt than with the SMR. SMR comes into force on 7 March 2016, initially for UK banks (including incoming EEA and third country foreign branches), building societies, credit unions and PRA regulated investment firms. The regime will later be extended to cover all FSMA regulated firms in 2018. 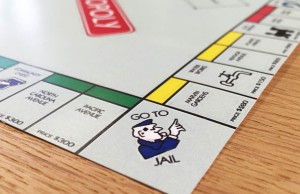 The FCA and the PRA are enforcing SMR alongside the Certification Regime (CR) and associated Conduct Rules as part of the ‘Strengthening Accountability in Banking’ policies of the PRA, which aim to achieve consistent good conduct across the whole of the UK Financial Services industry.

By the 7 March 2016 enforcement date, senior managers will need to be mapped to one or more of the 17 Senior Management Functions (SMFs) that have been defined. The specific responsibilities of each individual must also be clearly described (ideally in 300 words or less) in a ‘Statement of Responsibility’. In the case of an individual listed as an Approved Person, applications for Grandfathering to a Senior Management Function can be submitted by the earlier deadline of 8 February 2016.

Firms are also expected to produce overall ‘Management Responsibility Maps’ which should describe the structure, size and complexity of the firm, including management and governance arrangements. Under the accompanying Certification Regime, firms are required to identify (but not register) non-SMF individuals who are in a certified / material risk taking / significant harm function by the 7 March 2016 enforcement date.

In addition to this, Firms will have to put procedures in place to assess the “fitness and proprietary” levels of these (as well as SMF) individuals. Firms will have up until 7 March 2017 to complete their initial assessments and will be required to perform these assessments on an annual basis in the future.

Over the coming weeks between now and the 7 March 2016 enforcement date, firms should be busy agreeing the organisational and governance structures and any changes required to comply with these regimes. They should also begin implementing the procedures that will need to be put in place to ensure compliance with the regimes going forwards.

Looking beyond the enforcement date, the UK Government is currently taking steps to replace the originally planned “reverse burden of proof” with a “statutory duty of responsibility” on individuals. Some view this as backtracking by the Government, as the change would mean that in the case of any misconduct, the regulator (not the individual) will have to prove that the individual had not taken reasonable steps to ensure that the business is run properly, and that in their area of responsibility they had implemented operating procedures and systems to comply with the relevant regulatory requirements.

Regardless of where the ‘burden of proof’ ends up lying, firms (and more specifically the employees in firms) working under the remit of SMFs, are advised to take immediate steps to ensure that regulators will not have any grounds to point a finger at them if the worst should happen.

In addition to being able to provide evidence of the organisational and governance structures expected by the regulators under the new regime, the ability to demonstrate ‘active monitoring and oversight’ of a given function by using a ‘regulatory overview’ tool such as GFT’s Regulatory Change Manager, will become absolutely essential.

Although SMR applies in the UK only, the need to equip senior managers with tools such as this, is definitely trending towards being a necessity rather than a luxury in the global financial services industry. Having such a tool will form the basis of being able to dispute claims from regulators that appropriate governance and monitoring was not taking place. Firms that do not utilise such a monitoring capability will undoubtedly create a sense of great unease within their senior management ranks.

To attract and empower appropriately qualified people to these senior ranks which will now carry the additional responsibilities under the new regime, firms will also need to empower their senior management staff with a way of monitoring their responsibilities. In so doing, this will give them the ability to identify and make any necessary adjustments, in order to rectify potential issues from the outset.

If this is achieved, then SMR will bring some considerable clarity and ideally the crown can sit a little more comfortably on the heads of those who have been nominated to wear it! It is this potential impact that could prove to be the true value of SMR.