The true significance of FRTB

The Fundamental Review of the Trading Book (FRTB) is now seen as the biggest and most significant market risk regulatory change since the introduction of Value at Risk almost two decades ago. On the surface, the changes required under the new framework appear quite clear. However, as Manish Neoliya (Principal Consultant, GFT) discusses, the waters get murkier as one ventures deeper. 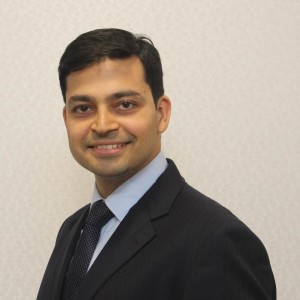 The impact of FRTB goes far beyond the move from Value at Risk (VaR) to Expected Shortfall (ES) and cannot be overstated. It will necessitate significant changes in business model, governance, processes, methodology, data management and technology infrastructure.

It was observed from the financial crisis that the existing VaR models (unsurprisingly) failed to capture the magnitude of the losses once the VaR was breached (i.e. the tail region), rendering the market risk capital inadequate. Liquidity in the markets evaporated during stress, resulting in loss crystallisation as banks were forced to hedge as the prices were falling, further contributing to the negative feedback loop.

In addition, the risk and capital numbers, which were highly dependent on the banks’ internal model in the absence of industry wide homogeneity, were not comparable among banks depriving the regulators from a reliable picture of banks’ health. The different capital treatment of the trading and banking books also left the door for regulatory arbitrage open.

At GFT we see the three main areas FRTB will impact as follows:

FRTB introduces considerable guidance on allocation of activities to the trading book and banking book. It also restricts any movement across the trading/banking book boundary. In the exceptional cases where the movement is allowed, the capital treatment is uniform, thus removing any possibility of arbitrage. The trading desks are now subject to the supervisory approval.

GFT can assist banks in reviewing their activities and book/desk structure in order to determine the classification of activity under the new framework. This would also necessitate migration of positions across the trading/banking book boundary with potential implications on capital requirements.

To improve comparability and provide a fall back that is model independent, the regulation introduces mandatory calculation and disclosure of SA both at the desk level and bank wide. The SA linear risk charge is calculated using sensitivities to prescribed risk factors and regulator prescribed risk weights and correlations (purportedly calibrated to the stress period).

An additional charge is calculated for the non-linear risk using stress scenarios. A default risk charge and residual risk add-on is added to the sum of above two charges. SA based capital charges are higher compared to the existing SA and are expected to be higher than IMA based capital charges due to multiple factors including limited risk factor sensitivity and constrains on correlations among various risk factors.

Changes to the internal models-based approach

Before the use of internal models for market risk capital calculations, each trading desk needs to gain separate approval for its models. FRTB introduces rigorous PnL Attribution requirements in addition to VaR based backtesting as a hurdle to IMA eligibility.

Use of ES as the primary risk measure should improve the capture of tail risk compared to VaR measure. In addition, FRTB introduces varying liquidity horizon in ES calculations, based on the risk factor liquidity varying from 10 to 250 days. In an apparent relief for the banks, the implicit double counting due to summing VaR and SVaR is now replaced with single stress calibrated ES measure and the regulatory multiplier is reduced from 3.x to 1.x.

GFT understands that the effects of FRTB are profound and far reaching at all organisational and technical levels of a bank. Across the spectrum, changes are mandated in terms of additional and more stringent regulatory requirements on data, models, reporting, governance and management. Faced with the changes of regulatory methods and capital charges, banks will also see a need and opportunity to amend internal risk measures and to integrate further the management of regulatory charges, risk and return.

This blog only scratches the surface of the complex behemoth that is FRTB. Although still in consultation, the main points are nearly crystallised, allowing banks the opportunity to plan and formalise their implementation strategy and to ultimately grasp its true significance.