Has the coming together of Spanish banks to create a common platform for mobile payments arrived on time?

This past 4th June an announcement was published in the press regarding a joint initiative by the Spanish banking system that would create a new common platform for mobile payments. The aim of this initiative is to achieve nationwide compatibility on person-to-person (p2p) transfers of low amounts – leaving compatibility at the European level for a later phase. Does this measure come too late? Is it still possible for the banking system to stand up to the new competitors that are breaking onto the market? 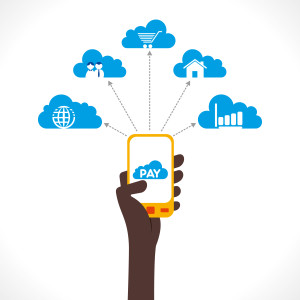 The initiative is very good news since the current situation in this sector – which is abuzz with daily advertisements for new product launches – is taking us towards a fragmented market that is crowded with each bank’s ownership solutions that, in turn, are incompatible with each other. Moreover, it’s important to take into account that all of this is taking place while we still wait for TechPay systems like Apple Pay, Android Pay, Microsoft Payments, etc. to catch on.

But perhaps this news isn’t as good as it may seem at first. Some believe that it unfortunately arrives a bit late because of the emerging nature of this market in some European countries like Spain, for example, where there is still a long way to go. But surely, the greatest flaw of this measure is that it’s not ambitious enough. For now, there is talk of starting with a common platform design for Spain and later on for all of Europe. In this sense, addressing the standardisation of mobile payments first at the national level followed by the European level can result in a fragmentation by country. This could replicate the current situation of the banking market, whose integration in the single market is still one of the main tasks that the European Union has pending. Do we want this same problem with mobile payments? Are we going to work on a platform for a single market when our customers want cross-border solutions?

Using the current situation as reference – where certain countries have more developed markets in the mobile payments sector, like Italy for example – and taking into account that these markets have already developed solutions that are compatible with all the banks in the SEPA area (e.g., SIA’s Jiffy, whose market penetration in Italy hopes to reach two-thirds of the population by summer 2015), it seems logical to think that the process of standardisation and construction of a common platform for mobile payments in Spain should get underway based on the compatibility with the existing solutions that already process thousands of transactions between EU citizens on a daily basis. This is the focus that various banks in Germany are considering at this time. Specifically, some are thinking about implementing Jiffy as a solution for p2p mobile payments, which would allow these banks to offer their customers the option of cross-border mobile payments in all EU countries (SEPA area) from the very first day of service.

There is no doubt that a single, consolidated, mature p2p mobile-payment market will be the only effective barrier to the entry of new technological competitors that we’ve referred to as TechPay, and whose solutions don’t differentiate between countries, only operating systems: iOS, Android, Windows 8 Mobile.