Bernd Josef Kohl is responsible for International Business Consulting at the GFT Group. He wrote the following article for our german GFT blog. We think it’s definitely worth a reading so here’s an english translation.

Is the world of IT experiencing a bit of déjà vu? For years, tablet computers were nothing more than a smart idea, not even a stepping stone to market success. Devices were mere prototypes, with nobody able to offer a suitable infrastructure or services. Not until Apple came along that is, and then ka-ching, the iPad was an overnight success. Until now, mobile payments have suffered a similar fate to tablets – Microsoft founder Bill Gates attempted to whet users’ appetites for that solution to no avail. Mobile payments sound plausible, but somehow the concept is still not all that tempting. And then Apple enters the stage again, this time with Apple Pay. For German banking, this is a harbinger of opportunity and high expectation in one.

Mobile payments – in Germany? Sorry, did I hear that right? Granted, every now and again a customer would whip a smartcard out of their wallet and make a contactless payment – would being the operative word. Even now, shops and restaurants only have around 40,000 tills with suitable systems or the right NFC technology to carry out such transactions. Of course Google did already unveil its concept with the Google Wallet, promising to turn smartphones into wallets. Telekom and Vodafone – two of the big boys in Germany’s telecommunications market – have also entered the fray with NFC concepts. And how did it all go down? Hardly anyone noticed. Of course it doesn’t help that for the banks it’s all a bit of an afterthought at the moment. They’re still – literally – banking on their direct debit cards. An error of judgement, perhaps?

As ever, Apple has attracted plenty of attention and fomented expectation with the unveiling of the new iPhone 6. And many eyes zoomed in on the new function: Apple Pay. By introducing Apple Pay, the company from Cupertino has subtly slipped an NFC chip into its new iPhone, spiced it up with a barbed wire chip system called Secure Element, jumped into bed with credit card companies and the banks, zapped it all up with fingerprint payment authorisation, and, leaving the big no-way-you’re-joking to last, won’t even store transaction data. For consumers, this will certainly tick the right boxes.

It will still take a while for Apple Pay to hit the German point of sale (POS), but Apple will use this breathing space to bring on board key business partners, as they did in the US. So the ball is in the court of the German financial fraternity to decide quickly if they’re in or not. If they don’t, they risk being totally side-lined at the POS. Everything is shaping up for this developing into the latest Silicon Valley coup from Cupertino.

Apple – and how to make mouth-watering products and services

Apple has a strong track record of sensing the right time to enter to market. True to the tune of its founder Steve Jobs, the Apple development team is sticking to the familiar recipe for success with mobile payments. Why reinvent the wheel when you can take tried-and-tested technology and established functionalities? Simply mix them together to make a newer, smarter solution that’s leap years ahead of anything else on the market in terms of usability.

The NFC chip is nothing new or creative. The same applies to the fingerprint reader. And Apple didn’t waste their breath mulling over new payment systems. Instead, the Visa, MasterCard and American Express chips are packing their bags and leaving home – the plastic card – and moving into a modest mobile phone instead, lured by the promise of ultimate security and, surprisingly, the best possible data protection.

Apple sure knows how to make new products and services mouth-wateringly tempting. This may ‘just’ be mobile payments, but with a simple new recipe it is possible to offer ultimate usability – enough to change habits and payment behaviour throughout the industrial world.

Does it really take a Californian producer of mobile phones to make the prospect of using smartphones as sassy wallets appealing to the German mobile user? Basically, the ingredients it took for the iPhone to add so much momentum to mobile payments have been in circulation for a long time. For years, GFT has been publishing studies and commenting on the fact that NFC is a technology with all the potential to transform smartphones into electronic wallets. We’ve also emphasised time and again that the long-term prospects for PINs and TANs are pretty bleak in mobile payments and that biometric models will replace them. Paying with a mobile has to be as simple and natural as plucking a banknote or coin from a conventional purse. Fingerprints make this possibility a reality – and have done for some time now.

But instead, banks and savings banks preferred to go it alone and play around with their own concepts than think big and work together. It’s worth noting that according to the media reports, apart from the big credit card companies, the Apple solution also has JP Morgan Chase, Citigroup, Capital One and Bank of America on board.

In Germany, too, there are in fact a number of interesting mobile payment options available – lots of standalone solutions that have shown they pass muster now and again, only in niche areas. But until now, what could have been real progress in the eye of the customer – a uniform solution, rolled out in unison by the banks, retailers, technology providers and communication companies – has remained nothing but a pipe dream in Germany.

The root of the problem is the providers. It can’t be the customers. Or do the Germans really love big fat wallets, bulging pockets and continually poking around for the right change? No. The banks were sleeping when the opportunity to strike while the iron was hot presented itself, so they didn’t join forces and agree a common standard.

There’s still time for German banks to jump on board

As strange as this may seem, Apple Pay has really put the German banks under pressure. But at the same time, precisely because of this, what we have here is a major new opportunity. The train to a new world of electronic payment systems is just embarking on its journey, and though it won’t take long to gather momentum there’s still time to jump on board. The idiosyncratic uniqueness of the Germans is actually a major opportunity. Unlike the average American, they have always been quite reluctant to use their credit cards. There are 101 million direct debit cards in Germany, compared to just 22 million credit cards. According to a study conducted by the EHI Retail Institute, only 5.4 per cent of all payments made in Germany in 2013 were made by credit card. At 36 per cent, direct debit cards are much more popular.

Apple’s positioning of the iPhone 6 as an electronic wallet could be another resounding success in the US, but this is no guarantee that they will replicate this success in Germany. With its sceptical consumers – especially when it comes to payment systems – the German market remains an important benchmark, so Apple will look very carefully at local reactions. As a result, there is a window of opportunity for the German financial sector to pitch the direct debit card system as the right vehicle for a mobile payment system in Germany – and to work in collaboration with Apple, Google and other key players.

It would then not be credit card chips but direct debit card chips that land in Apple smartphones. But for this to happen, the entire German banking industry will have to work together. In isolation, the commercial banks, savings banks and cooperative banks are not appealing enough for the likes of Apple and Google.

Overnight, the German banks would then be back on track again with mobile payment systems and could even focus their sights on other joint undertakings, in a new-found display of unity. For example, they could develop solutions to address special security scenarios. Coupled with a TAN generator, an NFC smartphone system would be immune to man-in-the-middle attacks on the internet. It’s also not too early to start thinking about payment methods in the more distant future. Quite conceivably, NFC chips and control elements could even be integrated into wearable items such as watches or data glasses.

One thing the banks shouldn’t forget, however, is where they come from. Rather than focus too much on new technology, their real USPs and innovations lie in their current field of competence – financial services. So for example, they could look at mobile payment solutions as an integral part of personal finance management, taking the overall financial standing of the customer into account.

There are plenty of opportunities still out there for the German banking industry. But now is the time to act, and, just as importantly, this should be a joint effort. Apple Pay is declaring war on the competition; Google will react with Google Wallet. This competition will only serve to accelerate the introduction of mobile payment systems. If companies fail to find a seat around the new table of partnerships, they will become bystanders instead. The German banks are being handed a golden opportunity to enable their direct debit card systems to become the core payment method operating on all iPhone 6 devices in Germany, but to achieve this they need to act together, and they need to act fast. 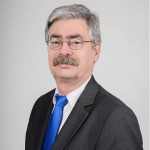 By Bernd-Josef Kohl Posted on 27/10/2016
Mobile Payment: New round in the competition for the mobile ecosystem

A newly published whitepaper from GFT analyses the dynamic development in eight key markets, and gives recommendations for the financial sector. At the end of 2018 the European Central Bank intends ...

By Bernd-Josef Kohl Posted on 12/08/2015
Mobile Payment: The European Standard is Coming

Something's happening in the world of mobile payments in Europe. My colleague Med Ridha Ben Naceur explained our approach to "instant payments" a few days ago. And the framework conditions ...