To delegate, or not to delegate 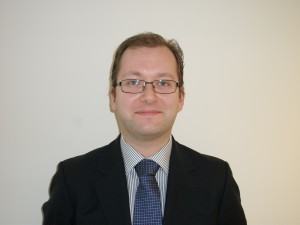 Q1 2014 has been extremely eventful in terms of European regulatory compliance. On February 12th thousands of corporate firms found themselves underprepared for the European Market Infrastructure Regulation (EMIR) trade reporting mandate, and were embroiled in an excruciating race to report. The added need to reconcile trade reports with their counterparties and to generate and exchange unique trade identifiers (UTI) from legal entity identifier (LEI) codes prior to reporting deadlines exacerbated  the situation, turning a hard challenge into a nigh on impossible one.

Most organisations now have some type of trade reporting capability, but the quality of the reports submitted varies widely from firm to firm. In the absence of clear guidance from the regulators many firms delayed the decision on whether to delegate or to report directly until the very last minute and were then unable to implement their chosen solution in time for the mandate. Those late in the door had the uncomfortable feeling that they’d been shut out, as support calls and back loading activities stuttered and fell silent.

The European Securities and Markets Authority (ESMA) had expected dealers to report on behalf of all their clients, but the number of banks and dealers offering a delegated reporting service has been far lower than expected, with some entrants deliberately delaying their offering whilst they complete their functional and technical preparations and / or watch how the market is playing out. Equally, some market participants stalled the implementation of their trade reporting solutions, or implemented temporary ones, so that they could observe market developments and wait for a broader selection of service providers to emerge.

To date, the regulators (within the UK at least) have adopted a very lenient approach to the enforcement of the trade reporting mandate. However, the Financial Conduct Authority (FCA) has made it clear that once the May 12th deadline for the backloading of trades has passed, it will begin to clamp down on non-compliance.

Firms wishing to avoid regulatory penalties will need to ensure that their reporting processes are fully compliant ahead of two key dates in the EMIR calendar:

1)    May 12th(90 days after reporting start)
The deadline for all backload activities of open positions that were open prior to February 12th. After this point all data should be submitted and matched.

2)    August 11th(180 days after reporting start)
The introduction of mandatory valuations and collateral reporting will raise a number of difficult questions: How are you managing your valuation and collateral and can you accurately report it in a timely fashion?

The FCA has stated that after the May deadline its initial policing efforts will be concentrated on identifying those who are not reporting the full population of trades. However, it will also review the quality and accuracy of the reports submitted. Cleary, the period of turning a blind eye to missing or incorrectly completed data fields is over and issues around the quality of the data reported are coming to the fore.

Furthermore, the collateral and valuation deadline in May introduces a new level of complexity to the data that needs to be exchanged between those counterparties that have chosen to delegate reporting. Such firms will need to be able to identify the collateral and valuation information associated with each trade, and then ensure that their chosen delegator can assimilate this information and pass it on to the repository – all within the T+1 timeframe. It is likely that the introduction of mandatory clearing later in the year will lead most firms to adopt their chosen clearing house as their delegated reporter, as they will already have access to the relevant collateral and pricing information.

So, to delegate, or not to delegate? Unfortunately, there is no definitive answer. Whether or not firms should delegate reporting depends on a number of factors, not least the adaptability of their existing infrastructure and processes. In the long run it is likely that most firms will opt for delegated reporting for cleared trades, but for bilateral trades it is difficult to decide. Whilst delegated reporting solves many of the problems posed by the trade reporting mandate (most notably those surrounding trade reconciliation and infrastructure investment), it brings with it challenges of its own. EMIR allows firms to delegate the trade reporting function but they are still legally accountable for the accuracy of the data reported. In practical terms, this means that firms will still need to check and verify the data included in any trades submitted on their behalf. This will involve a lot of effort and cooperation with service providers, and should therefore drive not only the decision on whether or not to delegate reporting, but also who to delegate to.