The winds of regulatory change 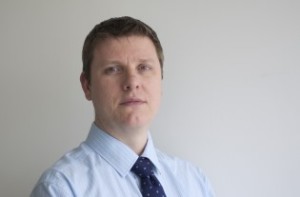 Constantly shifting deadlines, ever changing requirements and issues of extraterritoriality make regulatory compliance initiatives the ideal testing ground for Agile project management methods. In this fluid environment Waterfall projects often falter, whilst the flexibility of their methods allow Agile projects to bend and flex in order to meet the latest regulatory requirements and to facilitate any new functionality demanded by the regulators.

The recent introduction of trade reporting mandates under both Dodd-Frank in the USA and the European Market Infrastructure Regulation (EMIR) in Europe illustrated perfectly the benefits of adopting an agile approach to regulatory compliance.

The initial deadline for EMIR trade reporting was set at 23rd September 2013 for interest rate and credit default swaps, with a slightly later deadline of 1st January 2014 for the remaining asset classes (FX, Commodities and Equities). However, the European Securities and Markets Authority (ESMA) then moved the reporting deadline to 12th February 2014 for all asset classes. Whilst this did relieve pressure on implementing solutions for the initial tranche of asset classes, it also placed greater significance on the final deadline, due to the increased level of testing and release activities occurring simultaneously.

To further complicate matters, ESMA’s recommendation to delay exchange traded derivatives (ETD) reporting due to lack of clarity in the marketplace was rejected by the EU Commission. Initially, it was anticipated that ETD transactions would not need to be reported until 2015. This revelation proved extremely troublesome for those firms who had planned on deferring the implementation of an ETD trade reporting solution.

Firms who had implemented Waterfall compliance projects found it extremely difficult to adapt to the new regulatory requirements. In particular, the surprise inclusion of ETDs in the 12 of February deadline resulted at best in many late nights for operations managers. At worst it created an unmanageable workload for some firms, who consequently failed to implement their trade reporting solutions ahead of the deadline.

In the USA, Dodd-Frank had originally stipulated that regulatory reporting for all OTC derivative asset classes (Rates, Credit, FX, Commodities and Equities) should be in place for a limited scope of functionality by the end of 2011. A second phase release would follow soon after, to address the remaining requirements.

Development teams were mobilised by numerous market participants and work was undertaken to meet these deadlines. Towards the end of 2011, the Commodity Futures Trading Commission (CFTC) revised the rules, stating that a full set of reporting functionality should be provided for a reduced asset class list (Rates and Credit) followed by a second phase that included (FX, Commodities and Equities). The reporting deadline was also delayed until the end of 2012, which presented a significant change in approach, requiring more functional development up front.

The last minute adaptions to both the deadlines and scope of the Dodd-Frank and EMIR trade reporting mandates clearly demonstrate the changing nature of regulatory reform. As a storm of regulation continues to batter the market throughout 2014 and beyond, firms would be wise to learn from the mistakes made in the run up to trade reporting.

In the turbulent world of regulatory compliance, where the stakes are high and uncertainty abounds, firms cannot afford to place their faith in rigid and inflexible methods that will most likely fail in the face of change. Adopting an Agile approach to regulatory compliance may seem daunting at first, but the benefits will undoubtedly outweigh the drawbacks as deadlines inevitably shift and the emphasis of legislation changes.