FX trade reporting: What a difference a day makes 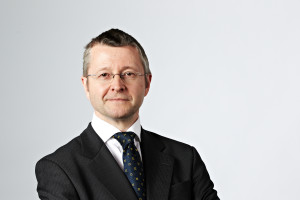 With the EMIR trade reporting deadline only three weeks away, you might be forgiven for expecting that there is now absolute clarity on which trades are covered by the mandate, and that all participants have prepared their trade reporting solutions accordingly. However, this simply isn’t the case. Although most of the uncertainty regarding the types of trade impacted by the mandate has been beaten out of the system (for example, by the unexpected but absolute inclusion of exchange traded derivatives in the 12th February deadline), there still remains considerable confusion around the reporting of foreign exchange (FX) transactions.

Both Dodd-Frank in North America, and EMIR in Europe require that all derivatives transactions are reported to an authorised repository (a trade repository under EMIR, and a swaps data repository under Dodd-Frank). As such, both regulators have confirmed that FX forwards fall within the scope of the mandate, whilst FX spot transactions are exempt. However, differences in the classification of what constitutes a ‘spot’ and a ‘forward’ transaction in North America and in Europe means that figuring out which trades you will need to report is far from straightforward.

FX trades that settle within two days of the trade being conducted are generally classified as ‘spot’ transactions, with the notable exception of North America, where FX spot trades can take up to three days to settle. FX trades that take longer to settle than the accepted regional term for a spot transaction are classified as forwards. The 24 hour difference in the classification of spot transactions therefore has a huge impact on the trade reporting requirements of firms, as both Dodd-Frank and EMIR require that forwards are reported. Essentially, depending on where you and you counterparty are domiciled, your firm may or may not need to report trades that settle on a T+3 basis.

The Commodity Futures Trading Commission (CFTC) and the European Securities Market Association (ESMA) have done little to reconcile their conflicting rules, and it’s looking extremely unlikely that they will do so ahead of the 12th February deadline. In all likelihood, when the deadline hits, the trade repositories will be bombarded by a number of unreconciled and needlessly reported trades. This in turn will create a large volume of system ‘breaks’ and will lead to many a sleepless night for operational managers, who will likely bear the brunt of the chaos.

Despite being far from ideal, the FX trade reporting conundrum will likely work itself out over time. The only real losers in this scenario will be the operations managers who will need to wade through and reconcile seemingly ceaseless amounts of system breaks. The truly alarming thing here is that mandated central clearing, which is much more complex and will impact businesses on a far more fundamental level than the trade reporting requirement, is fast approaching. If ESMA and the CFTC have not resolved the confusion surrounding the definition of FX spot transactions (and the subsequent requirement to clear or not) before mandatory clearing comes into force, then the impact on trading desks could be truly crippling.

A DevOps approach to security risk and regulatory pressure in the Cloud. Cloud adoption has profound ramifications for cybersecurity. Consequently, enterprises wishing to adopt the cloud operating in highly regulated areas, ...

By Nick Nicholls Posted on 26/01/2017
CCP Recovery and Resolution: The good the bad and the costly

In November 2016, The European Commission (EC) announced a proposal for new rules to ensure that Central Clearing Counterparties (CCPs) are dealt with more effectively when things go wrong. There has ...