Our blue paper on the “Impact of Social Media on the Financial Services Sector” points to Fidor Bank as an example of best practice in community banking. This topic has made us curious. What would a bank be like if it were based on the mechanisms of social media? We spoke to Matthias Kröner, Chairman of the Fidor Management Board.

Janina Benz: Where does the idea to set up a bank come from?

Matthias Kröner: It’s been five years since the crisis and, if anything, the loss of confidence in the banking system has worsened, not diminished. The relationship between banks and customers feels like a necessary evil rather than a relation of volition.

There’s lots of discussion about bricks-and-mortar branches versus internet banking. I really don’t understand this. It’s as if you can carry out the same activities any way, or through any channel. The advantage with the World Wide Web is simply that you have social media functionality at your fingertips, something you’d never be able to offer in physical outlets.

It was obvious for us that social media mechanisms were going to have a lasting impact on customer behaviour and would even leave their mark on private banking. We saw these changes as a huge opportunity to start something new.

JB: Fidor Bank was set up in 2009. How do you acquire the capital for a bank right in the middle of a financial crisis?

MK: We had already previously set up a company, specialising in business development for innovative financial services. We submitted the licence application under this company and this, then, also became our starting capital. It was hard work drumming up capital. We had to present a credible business case for the following factors: the business model, the market, workforce and scalability.

JB: Will there be an even more modern form of banking in the future?

MK: Banks will have no choice; they will have to take these developments into consideration. Whether they’ll be able to move quickly enough, I tend to doubt. Also, I’m conscious of the fact that there won’t just be modern forms of banking. I was once asked how we win over offline customers with our concept – “not at all” was my answer. I don’t waste a second thinking about it. We’re definitely not a bank for every kind of German customer. But we don’t have to be, and in fact we don’t aim to be.

JB: I have a quote here that “Our model is based on the fundamental principles of Web 2.0”. What exactly does that mean, and can that actually work?

MK: Of course, at the end of the day, even we want to earn money. But what a lot of people simply don’t understand is that the underlying behaviour of customers has changed. In the old days it was about the AIDA model (attraction, interest, desire, action). But things have moved on now. Before customers make a decision, they need to feel the commitment. They want information and to talk about things. This is where people have to rethink things. It has to come right from the top. This whole approach has to be wanted, by the management board and shareholders. It has to be ‘lived and believed in’. It’s about transparency, interaction and integration. Which brings us back to the key issue: the company culture.

Web 2.0 has to be an integral part of the company culture and the strategy that is derived from this culture, not just a sales channel.

JB: How did the traditional banking sector react – was it rejection or imitation?

MK: I’m being invited to lots of rounds of discussions at the moment; people find our business model ‘fascinating’. Despite this, I know full too well that people are mumbling extremely critical things under their breath and that they think it’s impossible to earn money with our concept. But that’s totally normal. At the beginning you get ignored, then bad things are said about you, then people start copying you.

But in the meantime there are already a number of banks interested in integrating our solution into their own, as a white-label product. Lots of banks don’t have the internal resources; their project pipeline’s already filled. Talks are at an advanced stage with some potential business partners. To expand this area further we only very recently announced that we’re setting up a subsidiary called Fidor Tecs.

JB: Fidor Bank became famous in an instant with the launch of the bank interest ‘like-o-meter ’.  How did this come about?

MK: Actually it all started after a misunderstanding over lunch. Somebody who works for us misheard someone say the German word for interest rate – Leitzins. She thought they’d said Like-Zins. At first, we just thought it was amusing. The more likes, the higher the interest. Sounded like a wacky idea. But the more we thought about it, we realised it actually wasn’t such a bad idea. We want innovation to be part of our culture, so for us, this became part of a larger challenge: rather than just talk about it, we wanted to actually be the first one to offer an interest rate driven by the customer. I asked the colleague who came up with the idea if she could work up a concept and see if it could actually work in practice. Four months later we went live with the idea.

JB: What products do you offer? And in what way are these different from conventional product ranges offered by other banks?

MK: We have four corner posts that provide a foundation for our product portfolio, which is market-based. These are Web 2.0, e-commerce, gaming and the area of mobile internet. Today’s customers are so well informed that they’re in a position to give each other tips, to advise each other, or score products. Because of this, we were all in agreement that instead of a sales force, we needed a community. This is a crucial point. Lots of banks still believe that a financial service can’t be evaluated, or scored. We’re the first bank with products than can be scored.

If you’re scared of having your products scored on the internet, then you’ve got the wrong product!

Then there are the other areas: gaming and e-commerce. To work in these areas you have to have a good understanding of e-payments if you’re going to succeed. Of course, we also offer conventional transaction options. But we think beyond that. With us, the customer can specify a mobile number, an email address or soon they’ll be able to give us a Twitter username. Of course everything works in real time, even at the weekend!

In the third intersection area, we appeal to customers interested in conventional banking with a modern twist. The way we describe this is ‘click and clear’. We offer everything from savings certificates to retail credit services, for currency and even precious metals. Our innovation line includes crowd financing, peer-to-peer banking and even the possibility to carry out transactions in virtual currencies.

JB: What goals lie ahead for Fidor Bank in 2013, and what challenges do you foresee?

MK: We’ve now been up and running for three years, so in 2013 we want to break even. You’ll find I’m extremely optimistic about achieving this milestone. On a strategic level, we plan to take on even more shareholders this year. We’ll get an even bigger equity cushion, more quickly, through activities like internationalisation –  which would also allow us to push ahead systematically with our credit business,  while at the same time avoiding risk.

It will come as no surprise that, in its report “Fraud the Facts 2019”, the trade association UK Finance reported a 16% increase in unauthorised financial fraud losses across payment ... 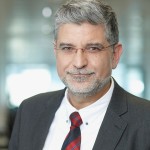 Last week, my team attended Finovate London, an event promising to showcase cutting-edge banking, financial and payments technology in a short demo format. We were particularly interested in FinTech solutions ... 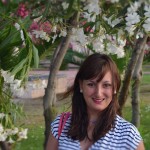 By Filiz Sarah Gärtner Posted on 02/12/2016
Of seashells, gold and virtual currencies: why is it taking so long for Bitcoin and the like to become established?

At the start of this year, Deutsche Bank CEO John Cryan made headlines with his assertion that cash is expensive and inefficient. Does this mean the time has finally come ...